California is in crisis. The cost to build a house continues to rise. The number of families who cannot afford to purchase a house also continues to rise. A study released this year by the National Association of Home Builders estimates that if a home price goes up by $1,000, close to 9,000 households in the state would be priced out of the housing market. And those unable to find housing to fit their needs, whether it be affordable housing, single-family or multi-family housing, are at risk of becoming homeless.

Yet, even with promises of legislative leaders to remedy the state’s housing crisis, new laws are introduced each year that add to the cost of building and prevent an adequate supply of new homes for Californians from being built.

But the greatest threat to housing production continues to be the extreme and burdensome regulatory environment in California.

During these challenging times, home builders continue to serve their customers while ensuring the health and safety of both customers and employees. We want to build, and Californians need us to build, as housing production of all kinds is essential to the lives of Californians and to the state’s economic recovery.

Let us do what we can to produce the homes California needs.

1. New transportation analysis will add to the cost of building a home

Effective July 1, 2020, cities and counties will be required to analyze the amount of driving, known as Vehicle Miles Traveled (VMT), residents do every day. Then, those local agencies will then tax new homes to punish people who drive.  The primary target is lower- and middle-income people who are often communities of color. These communities often have the longest commutes. Applying this new metric is an arbitrary and unproven strategy that runs the significant risk of litigation, delay, cost-overruns and constraints on housing production.

2. Proposed changes to the state’s water regulations will add to the cost of building a home

Waters of the State Procedures (WOTS) were adopted last year and are set to go into effect on May 28, 2020. This regulatory scheme is entirely new and very complex.  It requires education and training for both the regulators and the regulated community.  It will also require a significant number of new hires for the State Water Resources Control Board which administers the regulation.

While one workshop was held in early March to receive comments on an implementation guidance document, it is unclear how the Board will hold additional meaningful educational workshops due to the current environment.  Further, given how this health crisis will impact the state’s 2020-2021 budget, increasing board staff and providing them with the resources they need by May 28 is virtually impossible.

Caltrans plans to use the California Environmental Quality Act (CEQA) to oppose development projects to prohibit the addition of road lanes and relieve congestion.  Instead, they are looking to use CEQA to tax housing to pay for public transit in hopes that drivers will take public transit rather than drive on congested roads. While California has dramatically increased spending on public transit over the last couple of decades, ridership has been on the decline.  The current health crisis may lead commuters to be less willing to take public transit.

Caltrans’ opposition to housing – even where Caltrans is successful in their demands on a project – will assist housing opponents in litigation against the project.  This will reduce housing production.

4. Proposed changes to stormwater runoff protocols will add to the cost of building a home

Construction General Permits (CGP) require home construction sites to plan for wet weather and follow certain protocols to prevent soil erosion and stormwater runoff. The current CGP has been proven to protect the quality of the environment and there has been no indication that it has failed to achieve its goals. The State Water Resources Control Board is considering radical modifications to the CGP requirements. Now is not the time to make unnecessary and burdensome bureaucratic changes to a program that is working.

With the 2020 state legislative session in a state of flux, this list represents the bills homebuilders consider Housing Killers and Creators – in their present form. By identifying bills that will make it exceedingly more difficult/costly to build housing in California and those that will expedite/facilitate the creation of housing, it is our goal to highlight legislative efforts that should be jettisoned, improved, or championed.

To determine placement on one of these lists, members of CBIA will evaluate bills based on the following criteria:

This measure would require all housing to use only union labor at a cost increase of $140,000 to $200,000 for a 2,000 square foot home.  It would also eliminate privately funded low- and middle-income housing leaving California with only taxpayer subsidized housing to meet this segment of the market.

Identical to last year’s AB 520 (Kalra), which was vetoed by Governor Newsom, this bill defines a public subsidy as de minimis for the purpose of paying the prevailing wage in private projects if it is both less than $500,000 and less than 2% of the total project cost for bids advertised or contracts awarded after July 1, 2020. If the subsidy is for a residential project consisting entirely of single-family dwellings, the subsidy is de minimis so long as it is less than 2% of the total project cost.

In his veto message last year, the Governor said, “…While I steadfastly support prevailing wage law, I am concerned that the restrictive nature of this law may have unintended consequences. Further, there is nothing to suggest that the longstanding administrative practice of considering the public subsidy in the context of the project and using two percent as a general threshold is insufficient.”

Governor Edmund G. Brown Jr. vetoed a similar measure in 2013 and 2015.   IMPACT:  This bill could likely add tens of thousands to hundreds of thousands of dollars (average approx. $84,000) to the price of a new home by triggering prevailing wage on an otherwise private project.

Lengthens and makes more expensive the process to comply with CEQA while simultaneously creating new impacts to analyze under CEQA.

Impose penalties and liquidated damages on general contractors if a subcontractor – an entirely separate business – fails to pay their employees.

Prohibits a local agency from imposing an impact fee unless it is roughly proportional in both nature and extent to the impact created by the housing development project.

Prohibits additional or subsequent CEQA actions or proceedings if an action or proceeding under CEQA has already been instituted against a housing development project. 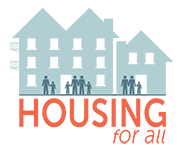 Based on feedback from our builders around the state, in January 2020 we compiled a series of legislative proposals aimed at relieving the state’s ever-growing housing affordability crisis. Read more here.